Issam Kazim, CEO of Dubai Tourism, chaired a series of strategic meetings in Kuwait, Riyadh, and Jeddah to highlight the GCC’s increasing potential as the emirate’s leading source region

Issam Kazim, CEO of Dubai Tourism, chaired a series of strategic meetings in Kuwait, Riyadh, and Jeddah to highlight the GCC’s increasing potential as the emirate’s leading source region

Dubai’s Department of Tourism and Commerce Marketing (Dubai Tourism) hosted a series of strategic meetings with tourism and media companies across the GCC, highlighting the positive performance of the emirate’s tourism industry during the first eight months of 2019. The series of stakeholder meetings discussed the region’s standing as Dubai’s strongest volume generator (representing 20 per cent of all tourists welcomed into the city) in the first eight months of the year, with its lead contributor, the Kingdom of Saudi Arabia (KSA), bringing in more than one million tourists as the second largest source market. 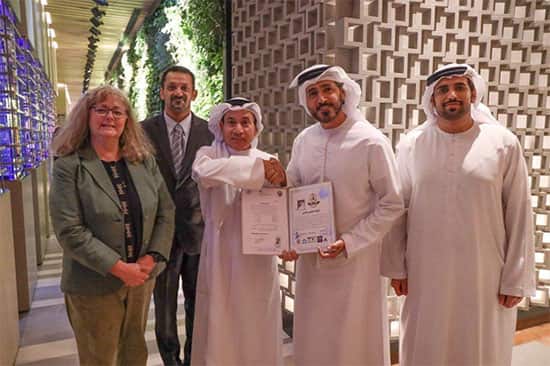 Chaired by Issam Kazim, CEO of Dubai Corporation for Tourism and Commerce Marketing (DCTCM), the meetings were held as part of the Department’s ongoing commitment to further enhancing collaboration with partners in traditional strongholds and emerging markets in line with Dubai’s Tourism Vision 2022-2025. The delegation toured Kuwait, followed by Riyadh, and Jeddah, and included senior representatives from Expo 2020 who provided an update on major developments of the hugely anticipated event and explored effective collaborations in the lead up to a momentous year for the emirate. These partnerships aim to drive stronger destination appeal for target audiences across the GCC, particularly across the family segment and those visiting friends and families, as well as targeting emerging segments.


Commenting on the visit, Issam Kazim, said: “Dubai continues to rank among the most popular destinations for holidaymakers from across the GCC, thanks to continued strength of the partnerships and deep-rooted stakeholder networks that exist between the city and the wider region. We aim to target further growth in every potential segment of this important market, from short stay and weekend breaks to longer vacations, especially families who are our key audience and make-up the majority of visitors from the GCC region.”


During the visit, Mr. Kazim discussed citywide developments in Dubai’s hotel sector as well as showcasing new and exciting attractions and experiences, value propositions and the diverse retail and festivals sector across the city. A topic that was discussed during a successful round table hosted in Kuwait was Dubai Tourism’s future growth plans and marketing initiatives to further build on the existing synergies with trade partners to provide greater visibility for Dubai’s diverse offerings. The dialogue also explored key milestones as the city counts down to Expo 2020 Dubai with 12 months to go before it officially opens its doors.

Do you have a question? We will be glad to help, get in touch with us directly.

Department of Tourism and Commerce Marketing

Get the latest news about the tourism sector in Dubai